South Gloucestershire Council, in partnership with Wiltshire Council, has agreed a deal with BT which should enable 94 per cent of homes and businesses in South Gloucestershire to have access to world class broadband speeds by the end of March, 2016. The remaining premises within the project area will see a significant improvement in their speeds with the vast majority receiving greater than 2Mbps.

The project, which is set to benefit more than 104,000 homes and businesses in South Gloucestershire and Wiltshire, builds on BT’s commercial roll-out of fibre broadband.

Following the contract signing, there will be a period of planning, with work expected to start on the ground during the autumn and the first exchanges enabled under the project are expected to go live with fibre in spring, 2014.

The aim of the councils’ partnership, which is managed by both councils and BDUK,is to have a majority of homes and businesses covered by this project able to enjoy speeds above 24Mbps and up to 80Mbps.

Fibre-to-the-cabinet (FTTC), where high-speed fibre cabling is connected to a street cabinet near a user’s home or business, will be the main technology deployed, delivering potential downstream speeds of up to 80Mpbs and upstream speeds of up to 20Mbps. Fibre-to-the-premises technology (FTTP) – delivering speeds of up to 330Mbps – will also be deployed in certain areas and will be available on demand throughout the whole of the fibre footprint should local businesses want the ultra-fast speed it offers.

It is also the intention to address those premises across both local authority areas receiving a connection of less than 2Mbps by ensuring all areas covered by the project receive that speed as a minimum by the end of March 2016. The remainder will be connected using alternative broadband technologies. 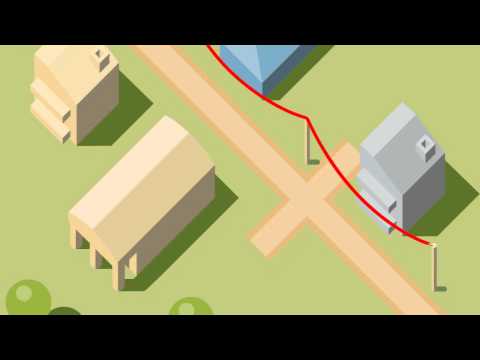 Cllr John Goddard,Chair of South Gloucestershire Council’s Resources Sub-Committee said:“We are delighted to have signed the contract with BT and our partners at Wiltshire Council to bring superfast broadband to thousands of homes and businesses. The deal will see improved coverage in South Gloucestershire, with 94 per cent of homes and businesses being able to access super fast fibre broadband once roll-out is complete.

“Benefits to firms will include faster file storage, computer back-up and processing for example, while the new technology will transform the way our residents use the internet at home, from speeding up the simple sharing of photos and videos, to enjoying watching films and tv programmes online. These improvements will ensure South Gloucestershire continues to be recognised as a great place to live and do business.”

John Thomson, Wiltshire Councils Cabinet Member for communities, said: “Today’s announcement will see Wiltshire becoming one of the most fibre-enabled counties in the country, after struggling with slower broadband speeds in the past. This project will really put the county on the map, attracting more businesses, helping existing ones grow and enabling rural properties become less isolated.”

“High speed broadband is critical to attracting new businesses to the area and providing individuals with access to the myriad of new applications and services that are becoming available.

“The good news is that this project will catapult Wiltshire and South Gloucestershire into the broadband fast lane, providing a choice of service provider and a sustained and long term broadband solution for businesses and individuals in rural as well as urban areas.”

The fibre network will bring big benefits to firms including faster file storage, computer back-up and processing, while the new technology will transform the way residents use the internet at home – speeding up the simple sharing of photos and videos, to enjoying watching films and TV programmes online.

Openreach, BT’s local network division, will install the fibre network which will be open to all communications providers on an equal basis. This means consumers and businesses in Wiltshire and South Gloucestershire will benefit from a highly competitive market, bringing greater choice and affordable prices from the service provider of their choice.

Find out more about broadband in South Gloucestershire